Happy New Year everyone! I think I’ll do for 2015 what I did for 2014: I’ll post “a look back” this week…and “a look ahead” next week. WordPress provided me with an interesting report, but they’ve gussied it up so it’s more flair than substance this year. A few interesting tidbits from it though:

My most popular post for 2014 was The Origin of Hotty Toddy, a post I wrote in an attempt to poke fun at the obnoxious University of Mississippi football chant. I think what happens is that since they were winning this year, more people heard the chant and wanted to know a little something about it and my post turned up in the google search. Kinda funny.

The most popular day for my blog in 2014 was Oct 4, which was, probably not coincidentally the day after the Black Bears beat Alabama. Yeah, I post about other stuff (like this entry), but random googlers tend to find the Hotty Toddy post.

My top commenters are some pretty decent writers/bloggers, so I’m honored they visit AND comment on my page. Because of that, they get a shout out from me now! Krystol Diggs, who is a former student of mine from Full Sail. Kayla Dean, who I met when she attended the Hemingway Writers Retreat in Piggott, Arkansas. Freeda Baker Nichols, another writer I met at Hemingway and who is a far more consistent blogger than I am! Dot Hatfield, yet another writer I met at Hemingway! You see a trend, don’t you? Rounding out the top five is my mom—thanks, Mom! Show these writers some love and check out what they have to say since they’re often nice enough to leave comments for me here!

I did a handful of shows/appearances/speaking engagements again this year and had a blast at all of them. In March I returned to Memphis where I was the keynote Speaker at the Mid-South Christian Writers Conference. I met a small press publisher that expressed interest in my work. We’ve been talking for several months. Nothing hard and fast, but it’s promising.

In April, I returned to the Hemingway Writers Retreat where we had a great retreat. I was also a comic guest at MegaCon again this year. I moderated a panel “Break-in Stories” with a handful of really talented folks!

In September I got to go back to the Shoals Alabama area where I was a guest at the Geek Gathering in Sheffield. It was a fantastic little con and I sure wish they’d had something like that when I lived there. That area remains the only place I’d willingly go back to in a heartbeat! Then in October, I was a presenter at the Florida Writers Conference where I met a whole slew of new people.

Creatively, it’s been a decent year, too. I’ve been talking to a few artists not mentioned on this page before about projects, so hopefully something will come of those and you’ll see it here. 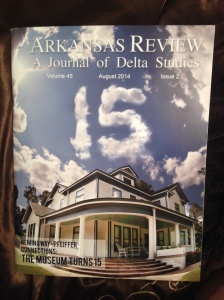 In August, my short story “Broken Down Truck” was published by Arkansas Review (v.45 #2) and in September, my graphic novel adaptation of The Remaining was published.

With all the advances in digital media, I’m looking to release some of my older comic work digitally and possible make it available via print on demand.

My novel, Buying Time, was made available in print via Amazon and in Kindle format on Christmas day! So I hope you’ve picked up your copy! Autographs are free! J Oh! And if you’ve already read it, pop on over there and leave a review on Amazon. I hear they really help!

It’s cool to see technology advancing so quickly…cool, but a little scary. Hopefully you’ve all “liked” my author page on Facebook so you can keep up with all the new stuff.

For those of you who came for the MegaCon info, it starts tomorrow. If you’re in the Orlando area and consider yourself a geek/nerd of any sort, you should be there. I’ll be there all three days. You can find me in Artists Alley at Purple10. This will be the first year my entire family has gotten to attend with me (though Brittany will be limited because of her class schedule) and I’m pretty excited about it. Bring some books for me to sign, or better yet, pick some stuff up from me there!

Additionally, at 5:20 on Saturday afternoon, I’ll be on a panel “Break-In Stories,” talking with other comic creators on how we “broke in” to the comic industry. Others will be: Cully Hamner, Chuck Dixon, Mike Miller, Frank Tieri, Steve Horton and Russell Lissau. I know several of them so know you will get some good stories AND will get some good answers to your questions. We’ll be in room 310 EF.

Last week…make that two weekends ago (I skipped a blog, last week, didn’t I? Oops!) I was the keynote speaker at the Mid-South Christian Writer’s Conference. I know, right! While I’ve spoken and had sessions at conferences/conventions before, this is only the second time as keynote…and yes, it gives me butterflies. Pretty much always! But, I tend to remember about 10 minutes in (I have to warm up, I guess) that I’m talking about WRITING, something about which I’m fairly passionate and then the overdrive motor kicks in.

I did two sessions as keynote and then a “breakout session,” where I gave an overview of how to write for graphic novels as most of the attendees were more traditional (ie., prose) writers. As I do in my class at Full Sail where we get the chance to really dive in deep, I get very excited to see the lights of possibility come on in the eyes of those in attendance. Often, it’s like revealing an entirely different world to them—and that’s kind of exciting.

The keynotes were a big challenge for me. Generally, as in the graphic novel session, the subject is pretty focused and straightforward. The staff (thanks April and Tracy—with no E!) wanted me to talk about something that could be for ALL writers. You see, the conference was not just for novelists. Also in attendance were

songwriters, poets, memoirists and devotional writers (I’m sure I left somebody out!). Yikes! Generally, I’m all about STORY. You see, just ask my students and they’ll tell you that they constantly hear from me STORY IS KING! And I believe that! SO, I had to try to come up with something that covered all writer types.

And then they tossed in the curveball. Oh—and make it accessible to writers of all skill levels, from beginners to established/working writers.

In the end, I used that time to (I hope) both challenge and encourage them to BE BETTER WRITERS and to HONE THEIR CRAFT regardless of what level their writing may be or where they consider themselves. And while it very difficult to tell sometimes if those who are listening are enjoying it, I didn’t see anyone nodding off (the same is not true for my classroom!) and I take that as a good sign.

This is just a quick entry to remind all those particularly in the Mid-South area (that area around Memphis, Tennessee, for those who don’t know) to come on out to the Mid-South Christian Writers’ Conference where I am both honored and delighted to be the keynote speaker. For more info, just click on the image below.

The conference has an entire day long schedule full of workshops, including writing query letters, discussions on the pros and cons of self-publishing, how to write a 50,000 word novel in a month, writing graphic novels, and several others. The hours are 9am to 5pm.

The day ends with a big presenter panel and the conference includes a bookstore. This is the first one, So come on out and join the festivities. Pick up a book of mine while you’re there. I’ll even sign it for free.

Happy New Year everyone! I hope this blog post finds you all healthy and ready for the new year. I know I am!

Well, I’m glad you asked, let me tell you. But before I do, I want to offer up this video to you from the Mann family. Please accept this as our wish from us to you for a Merry Christmas and a Happy New Year.

So now, why am I excited about 2014? Well, I have several projects that are near “pitch” phase and I’ll be showing some of the images from those soon. They are (in no particular order): Beah with art by Tim Holtrop and coloring by Emily Kanalz; Citizens with Joe Baden; The Rejects with JC Grande and colors by Jesse Heagy; Sand Gears with Quinton Bedwell; Cat & Mouse with Henry Martinez. I’m also very close to finishing up a script adaptation of the upcoming post-rapture horror film, The Remaining, with artist Kyle Hotz! On top of that, I’m in talks to have some of my out of print work made available digitally (work like Krey and Demon’s Tails) and I’ve found some talented new colorists to work on those books: David Tigner is working on coloring SilverStorm, Jeremy Kahn is coloring Krey, Elijah Minott is coloring Demon’s Tails. All in all, some pretty exciting stuff.

Additionally, the calendar is filling up with some exciting events/conferences/conventions, and all. In March (8th) I’m speaking at the Mid-South Christian Writers Conference. I’m excited to be presenting there—it’s in Memphis, if the title didn’t give it away. Two weeks later I’m on the guest list for MegaCon, which is in Orlando, Florida. I had a great time as a guest there last year and am looking forward to another great show. I’m also trying to pitch a panel there but haven’t gotten word on that yet.

In April I’ll be the mentor at the Spring Hemingway Writers Retreat at the Hemingway Museum and Education Center in Piggott, Arkansas. It’s a place I’ve been before and I’ve said this before, too: this is one of those great opportunities for writers to get away and write! There are some instructional exercises, but it is mostly focused writing time with one on one feedback from mentors (which will be yours truly in April!). Lots of good writing has come out of the retreats I’ve been associated with. If you’re looking for a shorter getaway, this is the perfect opportunity for you.

Also in April, and on a more personal note, the grave for my Civil War ancestor William Montgomery Mann will have a dedication ceremony that features a new headstone with his unit markings. This is something I’ve hoped for since about 1986…and it really is all happening as the result of hard work from my dad.

In September (20th and 21st), I’m a comic guest at The Geek Gathering in Sheffield, Alabama, near my old stomping grounds in Florence. I’m hoping to get to see some of my old pals there.

A colleague of mine at Full Sail is putting together a group of presenters for the Florida Writers conference in October. While final word isn’t in on it yet (nor do I know the actual date), I’m pretty excited to be a part of the team she’s put together.

So, lots of stuff has me excited. So let’s dive in and hopefully we’ll all have a great 2014!