Momma was a Mann

It’s not unusual to hear that line when you attend a Mann family reunion. After all, the married females who were born Mann change their last name and so when their descendants attend the reunion, everyone wants to know where in the tree they fit in. Mom and Dad work hard on making family tree charts and it’s very interesting to look at all the branches on the tree (ie., the cousins). Our reunions have been the descendants of John Wesley 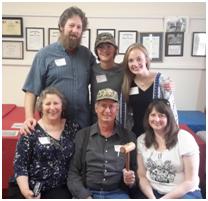 I’ve always gotten a lot of mileage out of my last name. I mean, kids always poke fun of names (as well as a lot of other things) and it was always something that I just embraced. It isn’t unusual that I’ve heard “What’s up, Man? Get it? Mann.” It’s one of those things I’ve heard so much it’s always funnier to the speaker than to me. My first name has also been the source of my fun-poking. I’ve heard the theme song to Rawhide all my life, but the best one was probably when my gradeschool pal Kendall Jones sang the Rolo theme song for me. My nickname in that group of friends was, of course, “Rolo.”

When I got married and started to contemplate names for my kids, I wanted to embrace the name and make it work for my kids. We opted to be surprised at the sex of our first baby so we had to come up with names for both male and female. For a girl, I tried to convince BJ to go with WonderWo. You see? WonderWo Mann?

Yeah, it was a bit of a stretch and Brittany tells us that she is thankful today NOT to be named that. 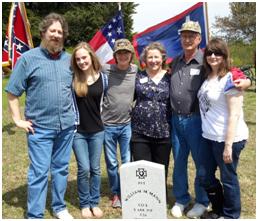 When Brett was born, we knew his sex before he arrived. It was a lot easier, I thought, to come up with a name that worked for a boy. So I pushed pretty hard. I thought “Batt Mann” or “Spyder Mann” would make great names for a kid! Can’t you just see it now when he’s in 7th grade; “Mrs. Johnson, can you send Batt Mann to the office?” How cool would that have been? When I tell Brett this, he doesn’t get all gung-ho about it, but he’s not as vocally opposed to it as Brittany is to WonderWo.

So the Mann reunion was a fun time and we got to meet and chat with many cousins; some we’ve never met before and some we see only every reunion. And for those whose last name is not Mann, they often say “Momma was a Mann,” which is kinda funny…yes, even to us.

While I’m trying to talk Dad into backing up one more generation to John Wesley’s father, we haven’t done that yet. We did, however, have a cemetery dedication for William Montgomery Mann, a private in Co. E, 5th Arkansas Infantry CSA. My dad worked hard to get this done, and I was very happy to see it done. It’s something I’ve wanted since around 1987, when I first joined the SCV (Sons of Confederate Veterans). Here’s a link to a video I made of the service if you’re interested.