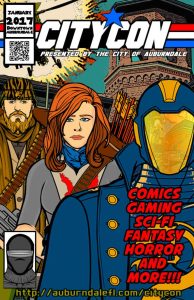 This weekend, Friday and Saturday (January 20 and 21), will mark my first show for the year 2017. To say that I’m excited about it wouldn’t be telling the entire truth as I’m incredibly excited! It is my understanding that this is about the third CityCon.

One very cool thing about this show is that the entire city of Auburndale gets behind the convention. There’s even a picture of the City Council members wielding light sabers. I don’t know of very many places that would do that.

Joining me representing comics will be stellar comic writer (he’s an artist, too!) Larry Hama! There’s also a big focus on GI Joe at the show. So come out and say hi—maybe pick up a few comics.

You can find info to the show here (https://auburndalefl.com/citycon/) and you can like their facebook page here. So go do it now! 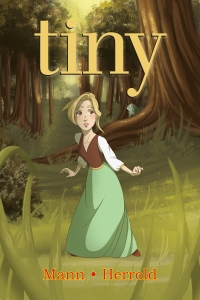 If you prefer to read your comics digitally, you can find it at Comixology here and you can find it at Indyplanet here. The Indyplanet link will also give you the option to purchase it in print. Essentially, they’ll print the copy and send it to you after you’ve placed the order. Very cool, huh?

Happy New Year and looking ahead to 2017 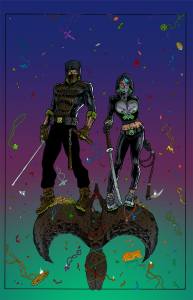 Happy New Year everyone! I know some of you are ready to put 2016 behind you, but I’m ever the optimist so I’m anticipating 2017 to be a great year. I’ll add the obligatory “I can’t believe it’s 2017 already! Where has the time gone?”

I don’t have a lot of convention appearances lined up just yet, but one is fairly immediate. On Jan 19-20, I’ll be a guest at Auburndale City Con (near Lakeland, FL). The other shows I have lined up are: Daytona Beach Comic Convention on April 23, MegaCon in Orlando in May, Wizard Orlando in August. I’ll do something for FCBD (Free Comic Book Day) in May, but don’t have that hammered down yet. Wherever I end up, it’ll likely be with my pal Barry Gregory—three years running. Last year his lovely and talented wife, Jenni joined us, as did Thomas and Rene Florimonte. So, I’ll be somewhere, just not sure where yet. I hope to add a few more shows to the list, and I’ll be sure to let y’all know.

On the family front, Brittany is starting 2017 off in LA as she seeks work there. I’m anxious to learn all that she’ll be getting to do this year and anticipate seeing her on the screen before the year is up! Brett will become a senior this year—OH MY!—and he’s becoming quite the young man. I know I’ve mentioned it before, but one of my weekly (mostly) pleasures is my Friday night game session with Brett. Now that Brittany is in LA, she’s talked about joining us…if she can figure out the time difference. BJ’s still working hard on her Young Living business venture and we’re both pretty excited to see what’s in store for her there. If you haven’t “liked” her FB page yet, I’ll ask that you please go do it now: CLICK HERE!

I’m pretty excited about several things on the creative front. I’m working on two projects with long time friend and artist Dean Zachary. I’ll give you more as they develop, but a peek at them looks like: the first we’re calling SilverBlade and the high concept is Indiana Jones meets John Constantine. Joining me and Dean on SilverBlade is Barbara Kaalberg on inks and Thomas O’Connor on colors. You should see an image on this page somewhere. The second project Dean and I are working on is a revamp of Cat & Mouse, a series I did with the talented Mitch Byrd (and Steven Butler on some of the early issues) back in the late 80s/early 90s. Dean and I have made changes and updates, obviously, but the spirit will remain. The first story is about human trafficking, something I’m pretty passionate about. While Barb inked the image you see on this page, we’ve got another super-talented inker in mind to join us here, and the coloring is done by Kevin Gallegly.

I can’t mention C&M without folks thinking about Demon. I’m excited to say that Paul Pelletier has agreed to reunite with me and produce a second Demon’s Tails mini-series. As I write, we’re still working on the story details, and—of course—the story will have to move at Paul’s pace, but I’m excited that we’re getting started on it. Thomas Florimonte has agreed to round out the reunited team as inker. So, yeah, I’m pretty excited about it. Long time pal Barry Gregory colored the image you see here, and we’re currently planning for it to be part of the Gallant Universe where Barry and Steven have just wrapped up their incredible John Aman, Amazing Man series. If you haven’t seen it, you need to check it out!

There’s nothing really specific that I can mention, but I’ve been talking to Barry about some pretty cool comic-related projects. I’m looking forward to more on that end. Sorry about being so mysterious about it. You know that you’ll be the first to know when I can talk about it…but the possibilities are pretty exciting.

Hope your year looks to be as exciting as mine. Happy New Year one and all!